Duplexes are great investment properties. You can live in one part of the building and rent the other out. But there might be issues when you finally decide to sell. So, can duplexes be sold separately?

The units in a duplex can be sold separately. But the two halves of the property must have separate titles. If they don’t, you’ll have to split the title by rezoning. Before you do this, consider whether it’s physically possible, legally permissible, financially feasible, and maximally profitable.

However, if you have joint ownership of the duplex with the person who owns the other half, you may not need to split the title before selling your part separately. Here, we discuss whether you can part of a duplex separately and what to do when your duplex has only one title.

Can Two People Own a Duplex?

If there’s a split title on the duplex, which means each housing unit has its title, two different people can own the duplex. In that case, each person will own the housing unit and land on their side of the property. Each will have an interest in the wall that divides the property. In some cases, you’ll find housing units in duplexes that have completely different styles. Each owner has full rights over their halves and can design it as they wish. But it shouldn’t contravene the building codes.

Generally, a good duplex will have its major utilities split so that either of the units is independent of the other. In that case, it’s easier to sell the property separately. But there are times when the duplex is one single-family unit converted into a duplex with some remodeling. In this case, the house will have only one title. The duplexes may also share some utilities. This makes it difficult to sell the two parts of the duplex separately since they were initially one property.

How To Sell A Duplex With One Title?

It’s also possible for two people to own separate halves of a duplex with one title. In this case, the two people will have joint ownership. This could happen in cases where you buy the duplex with a close family member or friend so you can stay together. If you later decide to sell your half, you can sell it to another person without asking for permission from the person who owns the other half.

Questions to Ask before Rezoning Your Duplex

When planning to rezone a duplex with a single title so you can sell or rent it, you need to ask yourself the following questions:

1.  Is It Physically Possible?

It should be physically possible for you to make the two housing units independent of each other. This is the only way you’ll be able to sell or rent it to different households. The most important thing to consider here is if each unit can have direct access. If that’s physically impossible and they’ll keep sharing a common area, you can’t sell separately.

Beyond direct access to each property, it’s also important that the two units have different utilities. Of course, some utilities may remain shared. For example, some duplexes still retain a single plumbing system. There could be other common areas such as laundry, garage, etc.

2.  Is It Legally Permissible?

If you sell the units separately, you’ll need legal permission to rezone. It’s not in all cases the law will grant this permission. So, you need to first make sure that it’s legally permissible before you even start any work on the property. It’ll take some effort and paperwork to get the necessary approval. But if it’s permissible, the authorities will let you know what you must do to get that approval.

Getting legal approval is very important, and you shouldn’t try to convert a regular house into a duplex without it. You’ll still need the local council to subdivide the property and get different titles for each part. So, it’s best not to do everything in full compliance with the law.

3.  Is It Financially Feasible?

Since you’re trying to sell the units of your duplex separately, it’s clear that you’re profit-oriented. Usually, selling the units separately will earn you more money. But you also have to consider whether it’s worth it. You’ll have to make some remodeling on the property and add new features. There’s also paperwork, an attorney or real estate expert fees, and more.

All these will cost you a lot of money. You need to analyze whether you can recoup all the costs back if you sell the property. Usually, you’ll make more money. But there are still instances where it’s not financially feasible. So, you should consider this before starting the project.

4.  Is It Maximally Profitable?

Converting your property into a duplex so you can sell or rent could be quite profitable. But it may not be the best way to use the property. So you should try to see if there are better alternatives that’ll earn you more money. It might make more sense to convert a duplex into one single home with more bedrooms and an extra bedroom and bath unit for short-term vacation rentals.

In some places, it’ll cost you more to get a single-family home with five bedrooms than you’ll spend to buy a duplex with 3 bedrooms in each unit. So you need to consider your options in that particular market before you go ahead with any plan you might have.

Duplexes have independent bedrooms, kitchens, bathrooms, garages, gardens, etc. So, it’s also possible that they have independent titles. This is usually the best thing, making it easy to sell separate halves. But if your duplex has only one title, you can apply for rezoning so you can split the title. 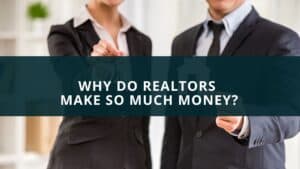